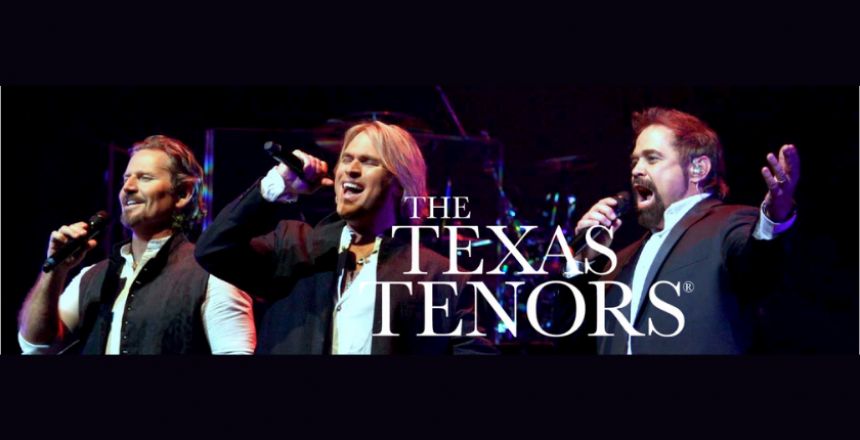 The Texas Tenors are the most successful music group and third-highest selling artist in the history of NBC’s “America’s Got Talent!” Their PBS special, “You Should Dream,” won three Emmy Awards. Their second special, “Rise,” premiered in September 2017 and was released in conjunction with their studio album of the same name, which peaked at No. 1 on the U.S. Classical charts and No. 22 overall. This album was followed by “A Collection of Broadway and American Classics,” which debuted in August 2018 at No. 1 on the Billboard Classical Chart.

The Nov. 21 concert will feature selections from their new album, Outside The Lines, an eclectic mix of music ranging from country to rock opera, plus fan favorites.

This engagement is supported by the Arts Midwest Touring Fund, a program of Arts Midwest that is funded by the National Endowment for the Arts, with additional contributions from Illinois Arts Council and the Crane Group.